The Kiss That Had So Been Longed For, For So Long

Well as you can imagine everyone was in shock after Mogsies revelation. 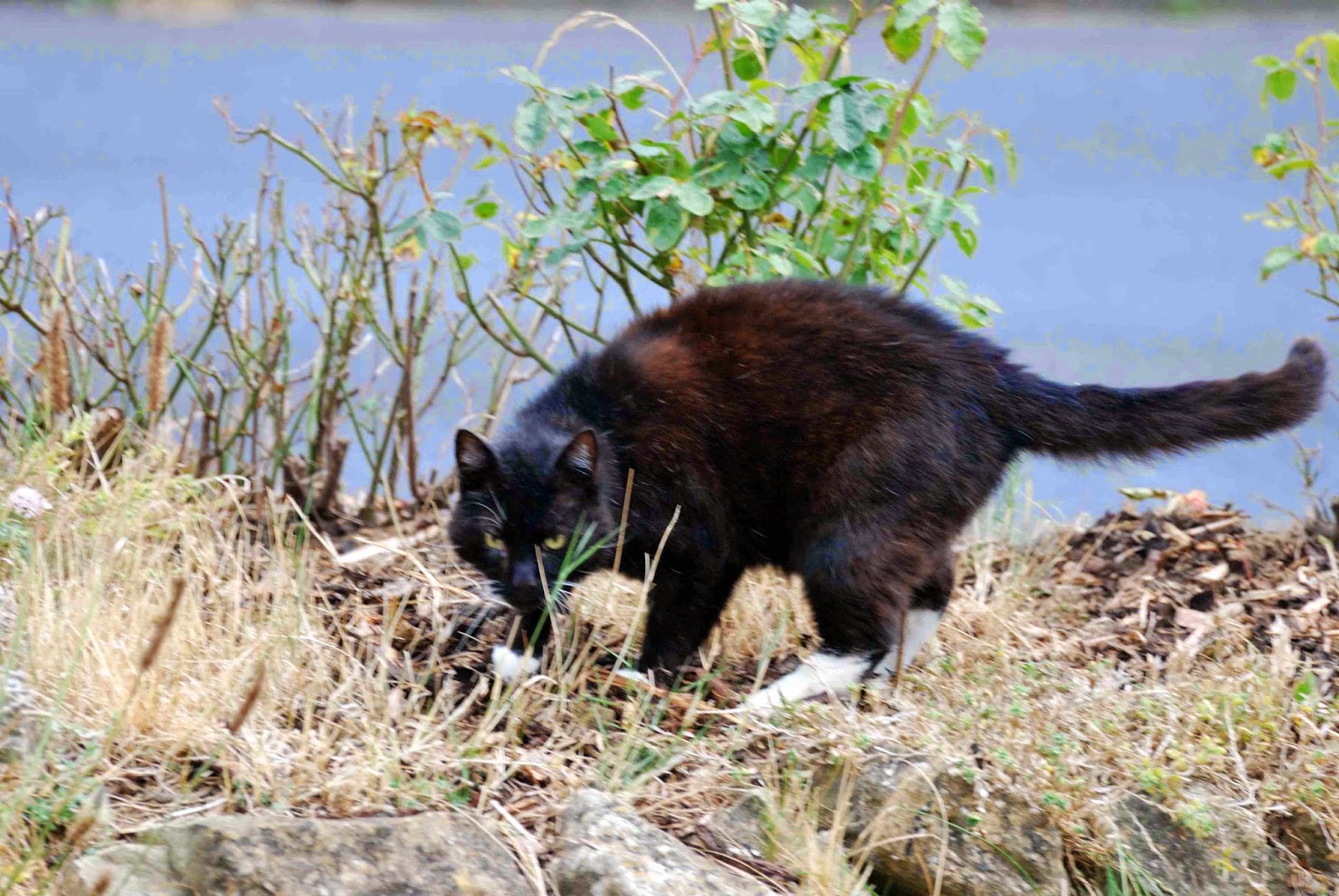 There was that awkward silence thing going on from the rest of the group whereby no one knew what to say. I looked over to George who had decided he would cope with it by scratching around in the garden, shuffling his feet uncomfortably. I really felt for him, yes we were closed before and have been very close this past couple of months, we've built a really special bond and now Mogsie, someone he's not always had the best relationship with himself, has come out and laid his feelings on the line in front of everyone.

Doublay was the first to speak;

I think we should all take a bit of a break and leave these two to talk.

Everyone seemed to jump at the chance of escaping and instantly got up.

Let's get back together later, I suggested, there's a lot we all still need to talk about and decide what to do about the Queen of Catkind.

I didn't know how to feel, I was shocked and angry at Troy but I knew he must have a reason, a very important reason for asking Mogsie to do what he did, which must have been really hard on him to have to hold his feelings back like that.

I remembered that whole situation with Mogsie, the lighter Naughty Twin that escalated into a very difficult situation when George and Sarah became involved, those feelings of hurt were back.

It can't have been easy for you.

Mogsie lifted his head and looked at me.

No it wasn't. It took you so long to really notice me, I'd admired you from afar a long time and as much as I tried not to I fell in love with you before we'd even spoken. I didn't want to, there's no way I wanted to break your heart. Mine broke to you know, everytime we got closer and I would start to let myself go I remembered what Troy had said and pulled back. I wasn't playing games with you Lil', it was all genuine.

Troy had saved me and yet it came with a price, a price I really didn't want to have to pay and you Lil' you were an innocent in all this, there's no way you should have paid that price.

When you went I was grief stricken. Had I done the right thing? Why didn't I ever just tell you how I felt, maybe we could have found a way, I don't know but when you went and looked out for you for days, I could barely even eat again, it was the worst I'd felt since that night on the tunnel bridge with Troy, my heart was crying and all I could see was a space where you had been and I couldn't work out what had replaced it. One minute you were there and the next you weren't.

I came over after a little while to pay my respects but deep inside I was hoping that somehow your smell was still around and I could at least have that to hold onto for a moment, to fool myself just for a second that you were actually here.

I was there I saw you. I said to him.

I was right above you as you passed, I wanted to reach out to you too but I couldn't and when you avoided coming over and then came over and just started I was so upset, I thought you didn't care.

No Lil' that wasn't the case at all, I cared too much. I didn't see you that day I came around, too much water in my eye but I didn't know what to say when I came over the other times, you were here but not here, so close and yet I couldn't smell you or touch you or tell you I was sorry. I was in turmoil. I even hoped now that you had gone and come back that maybe in some strange way we could be together, Troy's words just kept on going around and around, the more I heard them the more confused I was.

My heart lept a little, maybe we could be together and just for that second as we sat and looked at each other I allowed myself to believe it, just for that brief moment in time but I knew it could now never be and my heart dropped back to its previous position.

I love you Lil', he said and got up to come closer.

I love you too Mogsie, I replied.

There he was just a millimetre away from me, his eyes so large, his chest so proud, his coat so shiny and then he leaned forward and I closed my eyes. I swear I didn't imagine it but just for the shortest moment of time I felt his lips on mine as we kissed. The kiss that had so been longed for by both of us for so long.

I opened my eyes again and took a slight step back.

Mogsie, I will always love you but our time has passed now and we must leave it there as a wonderful memory and a could-have-been.

He took a breath and nodded. The moment was over.

Mogsie there's so much we all need to do, to work out. Troy has been around us for a lot longer than any of us thought and there's a reason why. He's a good cat and there's something that I need to tell you all about him but I think we should all take a few moments out first.

With that he got up and walked over to his tree where he sat down and started to bathe himself.

I stayed and watched him, fighting back my tears. 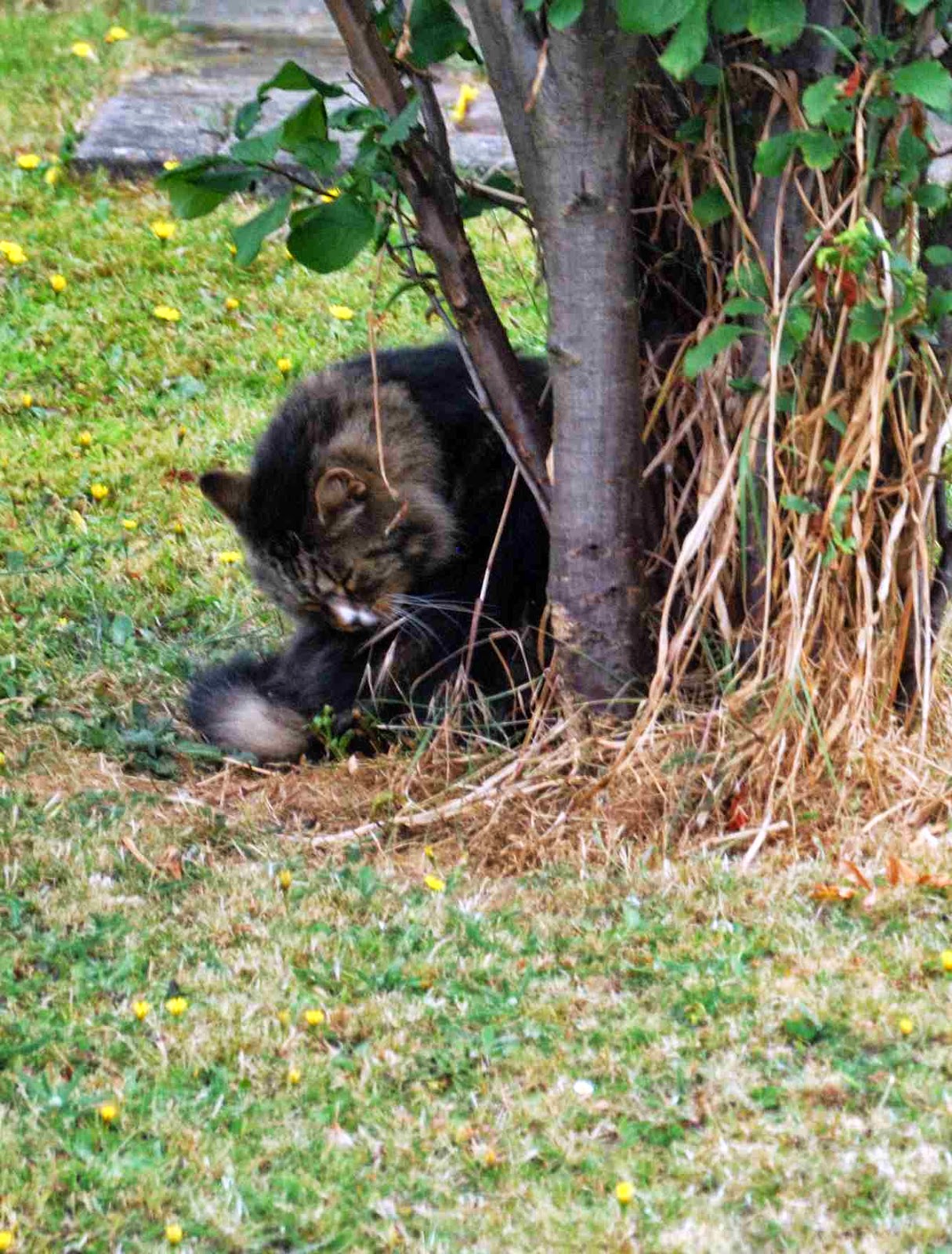