It's very early and I've been up all night, not that I need to sleep anymore but I do like to close my eyes and imagine what sleep feels like, it's one of us cats favourite things to do.

Anyway I digress I've been up all night alternating between LUM watch and the front garden, waiting for anyone to turn up. I would have gone looking but I don't want to be too far away from the Easter Island Head in case LUM speaks again but I need to speak to the others urgently and luckily the lighter Naughty Twin was having an early morning stroll so I managed to call her over and ask her to go find Mogsie or Doublay.

She came back about 10 minutes later with Doublay, she couldn't find Mogsie she thought he may still be in bed, they'd both been up late last night keeping watch over Emma.

It was then that I told them what had happened to George and took them around to the garage where I'd taken him last night.

We all went in quietly, none of us needed the added pressure of River hearing us and interfering and there George was fast asleep on the blanket that daddy always used to keep out there for me when I wanted some comfy alone time.

I moved over to George and gave him a gentle nudge and he lifted his head up and opened his eyes. Just like last night they shone out a yellow glow.

The concern on Doublay face was obvious and the lighter Naughty Twin looked more than a little shocked. George put his head down and closed his eyes again, he was very tired and we all silently left him and went back out the front to talk.

The curse of The Queen of Catkind was spreading and spreading quick, taking us down like skittles.

Emma was in a trance, the twins were swapping gender on virtually a minute by minute basis and now George had become possessed and we were still waiting for more messages from LUM but LUM was silent. Goodness only knows what was happening to the rest of Catkind, how long before there were none of us left able to fight this terrible curse.

Doublay suggested I move back to the Peace Garden, from there I could keep an eye on both George and LUM, the Easter Island Head and he would go in search of Mogsie, the lighter Naughty Twin was going to go and find her brother so that everyone could be informed of these terrible new developments.

Oh how I wish Troy Lamore was here! 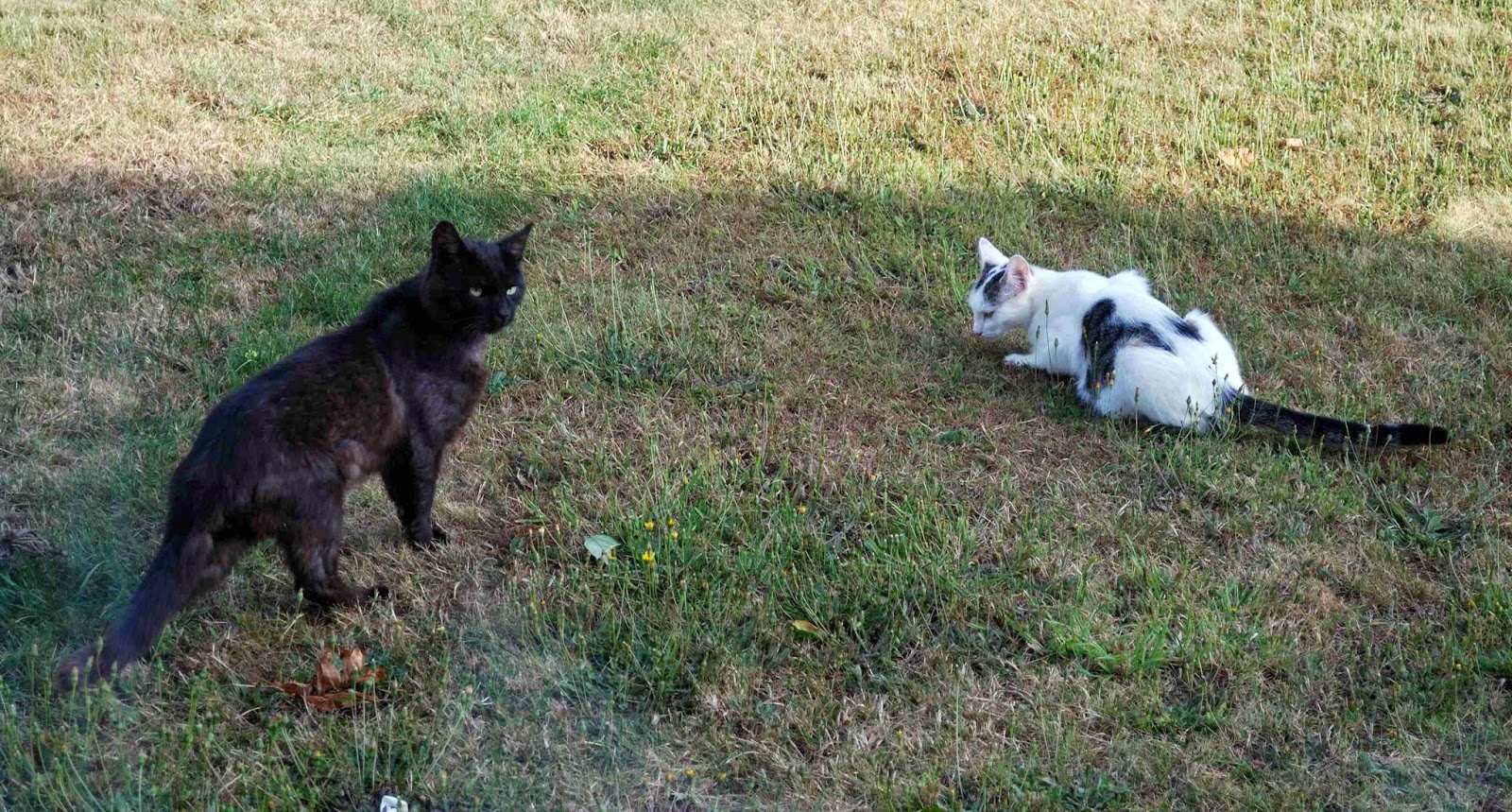