River and the Daddies have just come in after being out all afternoon. I was so pleased to see everyone, I must admit to have being a bit bored and so when River went running up the back to torment the lighter Naughty Twin who was just having a little afternoon snooze in Squirrel Tree I joined her.

That's when I heard it.

Daddy always says prepare to expect the unexpected at the least expected time, I've always thought he was a bit of a blabberer but I now understand exactly what he was talking about.

Right up there, right in the Peace Garden just as I was about to follow River back indoors, right out of the Easter Island Head's mouth I heard it, faint at first but by the second time I could clearly hear a voice.

Help me. HELP ME.

I was so shocked, I hadn't even thought of seeing if LUM would be speaking to me today. Not only was I surprised and caught off guard that he spoke, it was because I'd heard those words and that voice before. Yes it was the same voice as I'd heard with George in The Lane of Bells, calling out the chilling same words. 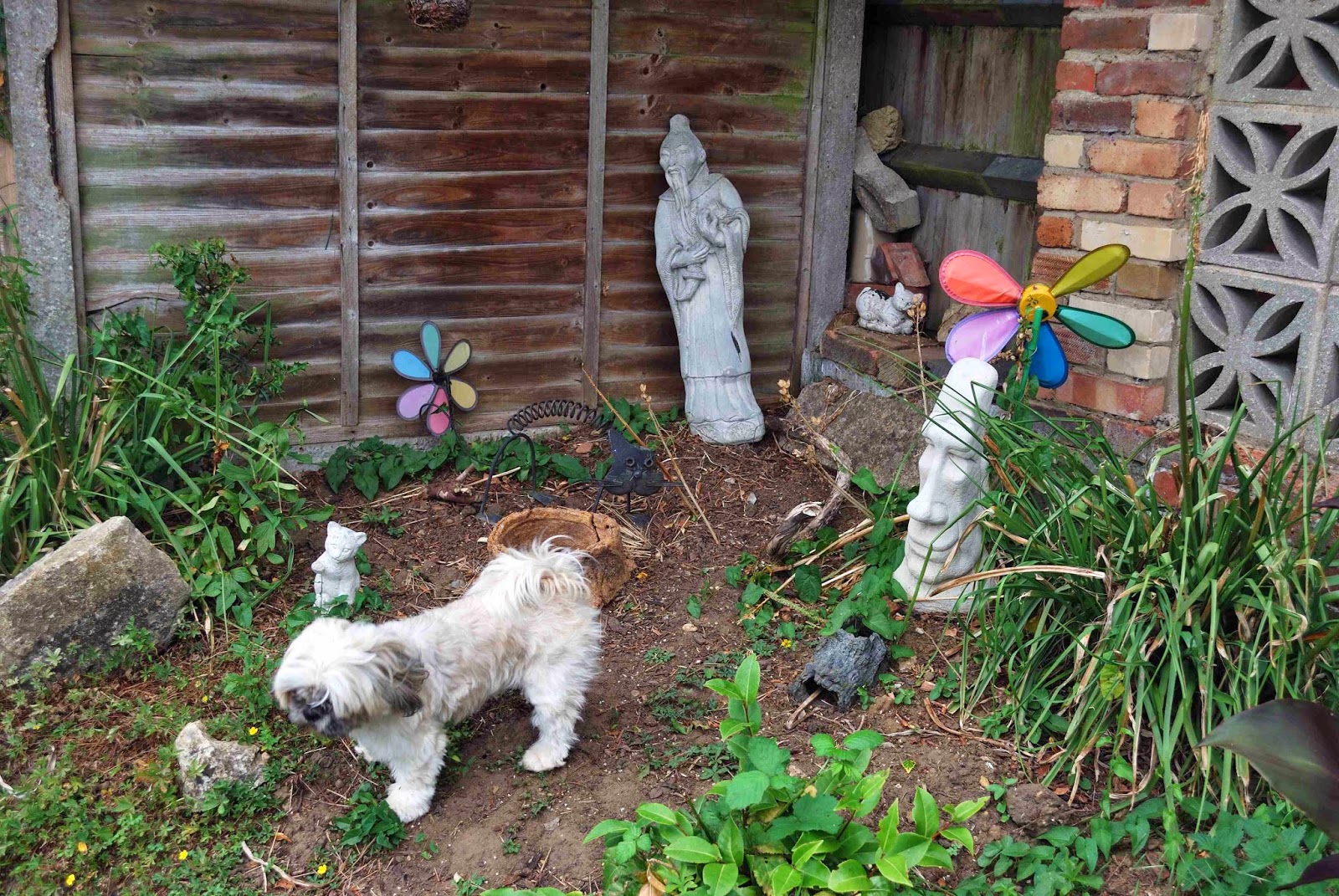 Cats and Dogs - From The Other Side
www.riverssong.net/2014/07/why.html