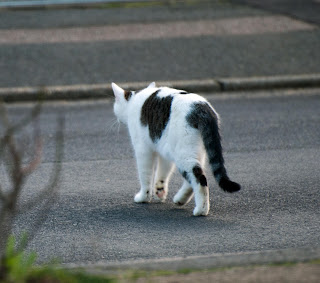 For a while now I've been watching Mogsie and the lighter Naughty Twin and how they are with each other. They really do have a lovely friendship.

At first I thought it was a little bit of hero worship going on towards Mogsie and that Mogsie was like his kind of mentor. Now that the lighter naughty Twin has got a bit older and certainly a bit more mature in some of his actions it's moved more into a proper friendship.

Just now after Mogsie waved at me he was sitting there having a little wash and look around and he spotted the Naughty Twin crossing over the road towards him and it's good to see he's still following the green cross code.


Mogsie waiting until he approached and then went under the car and then followed him for a little play around the back. Fair warmed my heart it did to see the lads hanging out together like that. 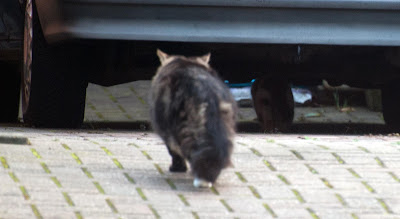