On A Wind Up 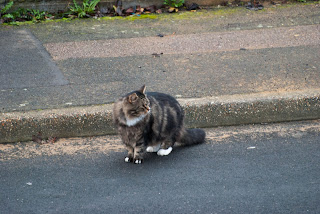 I think it's going to be one of those days. Mogsie is starting really early.

He's playing his favourite game winding up the drivers.

He was having a little clean and scratch by the side of the road but I spotted him keeping an eye out on what was going on in the road. Sitting on the path looking up the road and down as well. 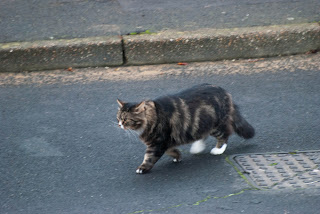 He's got very good eye sight as he must have seen the car coming from a long way away. Out he purposely strode into the road and just sat waiting.

Emma was sat watching him from the sidelines, I hope she's not going to be influenced by him. He's really practised at this and is the only one that I don;t worry about when he plays this game. 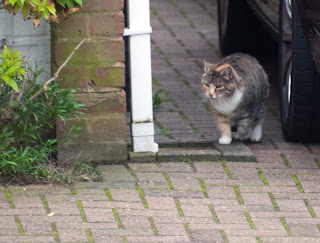 Oh dear he really is on a wind up, mind you it does stop the cars from speeding up the road. 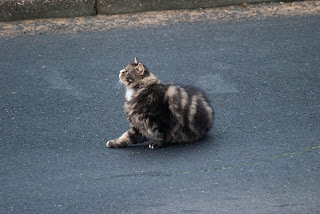