The first major clue Stay daddy said, that he had decided to give me, he'd  been giving to  me throughout the day.

He said that he'd chosen Bonfire Night to give me these clues.

He liked the symbolism, he said, of revealing something on the anniversary of the night that some guy had tried to blow up some houses and people a long time ago. Because of that night he says we got things like fireworks.

Ah so that was what was sparkling in the sky at the weekend, now I understand.

Anyway he said the fireworks were like little gifts to us to remember that time and he wanted to give a little sparkling gift himself today.

He said that he had now given all the clues that he would.

Clues? What! I hadn't understood anything that he was going on about.

I think he's lost the plot but he insists that today he's been leaving me clues all around to something that is lost and yet he says in plain site if it can just be discovered. Obviously he's gone barking mad but he seems insistent that he's not lost his mind. My face must be giving my thoughts away.

He then said to me Do you get it yet?

I wish I had Agatha Christies head on. 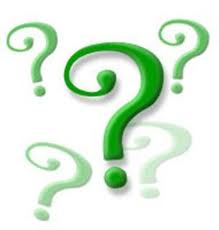