Ah So That's What They've Been Up To 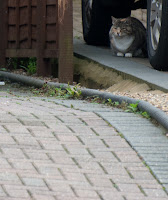 Ah so that's what George and Emma have been up to.

Emma all of a sudden became really alert and made a dash across our back wall and ran around the back of the house where she hid herself by a car. Less than a minute later one of the Naughty Twins popped up from one of the other gardens and followed her route.  I'm pretty sure he wasn't following Emma as he seemed in his own little world. 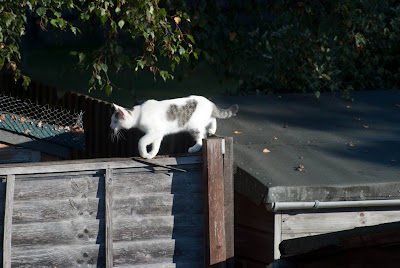 He went right across the road very quickly, although not very carefully I might ad as a car came down the road and it was a near miss. Emma watched him the whole way from her covert position. He went to Tiny's and is now musing whether to jump on E's garage roof or not.


So for some reason they are keeping a very close eye on him and considering his lack of the green cross code I don't blame them.