A Mountain To Climb

I've just had the loveliest sleep in daddies office, shame he wasn't in it, choosing to work downstairs today. Still at least I didn't get kicked out. The faint drone of the men digging up the top of the road hummed me to sleep. 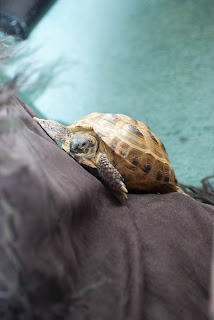 The sound of the postman banging at the door woke me so I thought I'd best come down to see what all the fuss was about. A large selections of packets has arrived, none with my name on them so I quickly lost interest.What was of more interest to me though was Nadia and her attempts to climb the cushion mountain created by daddy next to him.

Now one of the biggest things I admire about her is that she never gives up. She manages to squeeze herself though the tiniest gap to get to her home behind the fridge and she dug herself down deep in the garden last Winter so that even the daddies couldn't find her.

Today however I feel she may be onto a loser. Yes I've no doubt she'll make it to the top of cushion mountain. However there's then a gap of about 15 inches before she hits the window ledge and as much determination as she may possess I've never her seen her fly so I guess the only way will be back down. Still it's exercise for her I suppose. 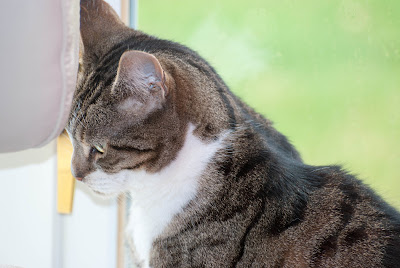