So That's What The Red Box Is For 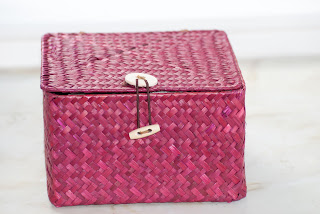 So that's what the red box is for, Nadia!

Stay daddy's been fussing over the box for ages. First he gave it a dust, then he went and found some saw dusts and bits of paper and warm things and padded it all out.

He then went and found Nadia who has been hiding under a cushion for the past few days. Carefully he placed her in it and covered her up before putting it in the corner of the room. He said he is going to move it later into a colder place so that Nadia can go to sleep for the Winter but he just wants to make sure she settles OK first.

This is so much better than last year when she dug herself in outside. Oh that's a relief she should be nice and snug in there and it's such a pretty colour to.