He Screamed In Surprise 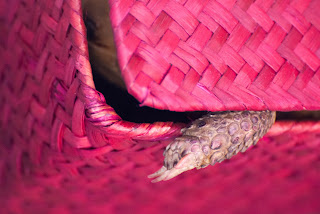 Just been sitting here next to daddy as he's working, not doing much, enjoying the peace of the day when all of a sudden I heard a really loud scratching sound, that I was not familiar with.

I looked down towards where the noise was only to find one of Nadia's paws protruding from the red box. She'd obviously not settled down yet and was beginning to make a break for it. 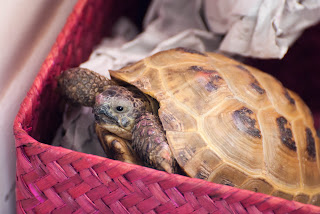 Daddy heard the noise to and opened the lid of the box to see what was occurring but had to quickly get back to work as the phone rang. While he was deep in conversation I just sat and watched what she was up to. She obviously wasn't quite ready yet to go to sleep. They say that ants have super human strength but I don;t think that they are the only ones. She managed to pull herself up and out even though the sides where a lot taller than she is.

Daddy was on the phone and not paying attention, well he didn't until she crawled onto his foot, he screamed in surprise and knocked his drink everywhere. Think he's going to need to get the paint roller out looking at the state of the wall.

He's still on the phone and Nadia is making a run for it. Go Nadia, go. 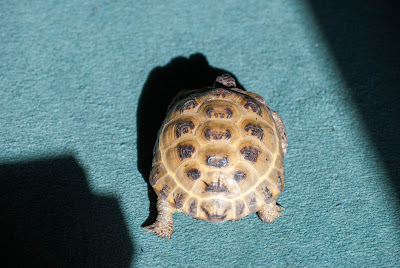