There's been a sprinkling of snow all over Catworld this morning and it has brought out the normally very homebody Bella to explore. 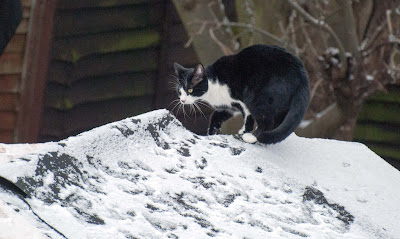 Bella really is a lovely cat. She's not around outside much and she tries her best never to get involved in the various dramas that occur from time to time. Which makes what happened even more annoying.

There she was on her own shed roof just having a little explore of the snow when Spit reared his head. He called out to her and I could tell by her demeanour that she just wanted to be left alone and so stopped what she was doing and hid in the bushes in C's garden. 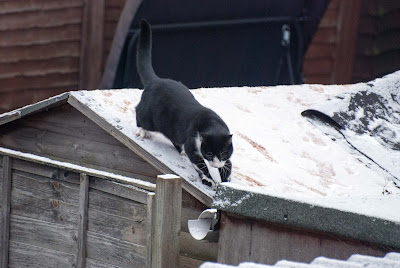 Spit came down from where he was and jumped right into the bushes. I could hear them hissing at each other having a right spat. Within a few minutes Spit strolled back out like he didn't have a care in the world. 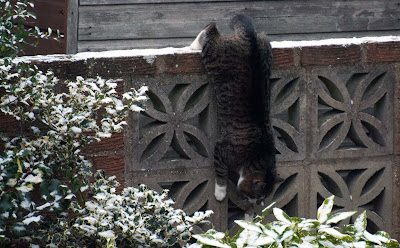 Poor Bella stayed hidden in the bushes just watching where he was going. I had seen George taking in the morning air under R's car and called out to him to let him know what had happened. 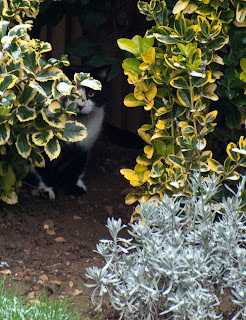 I'll sort this, he assured me.

I so hope he does, that's two days running that they've launched an attack on one of us. 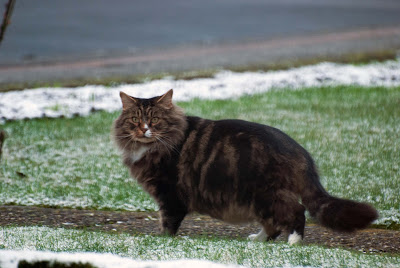