I Think I Made My Point

Sometimes you can have too much peace so I was glad the daddies came back home.

They've all been out pretty much all day today.  When they finally came home and settled they gave me an oh so detailed update of each trip they made.

They said they went to see the boy and the girl in their new home near us. Apparently it is within the cats two mile limit so I may have a venture over there some time. Go and have a look as this Phobe and Flo the cat sisters that they told me about and who look after the boy and the girl.

Then they went and saw the girls in their home. They told me all that they were saying and about some game they've devised for River than involves polishing a floor or something.

I didn't mean to be rude but on and on they went, not giving me a chance to speak.

I don't mean to be rude but sometimes you can get just too much of the detail when you just need to talk about your day to. To make my point after about 15 minutes of this I just started sarcastically chatting to the toy dog on the floor.

I think I made my point, silence fell! 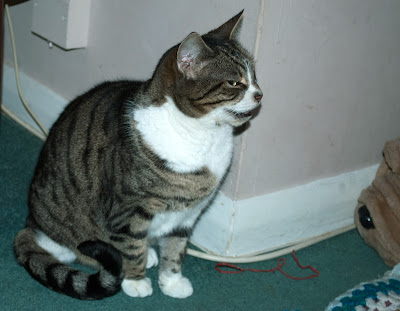