I've not seen anyone around today apart from George much earlier because it's been snowing pretty much constantly. I therefore have spent most of the day and early evening sleeping.

Both daddies came up a little earlier and laid on the bed with me and we played together for a while. We played some of the games that I've not been able to recently because I've not had free reign of the floor. 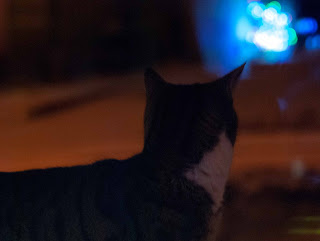 It was so lovely to spend some proper time together so I decided to carry on and come down with them settling next to them on the window ledge looking out.


I've not seen anyone around today apart from George much earlier and so have spent most of the day sleeping. 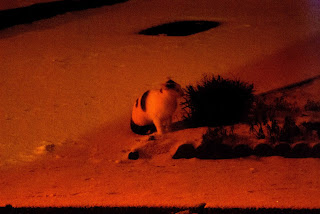 The snow has stopped for an hour or so now and I spotted Sarah and the lighter Naughty Twin out and about playing in it.

There they were running across the road which was safe tonight as no cars have been going up and down. They then played chase and tag and splattering snow around. They really were enjoying themselves. If it's snowing heavy again tomorrow I think I'll build a snow cat.

Well it is Friday night I suppose a great time to let your hair down.