There's Something About George

George really is a fine figure of a cat. I'm just sitting upstairs watching him out of the office window after being chased by River.

It's raining and usually us cats avoid water like the plague but no not George. He looks good with a little glisten on him and he's not afraid to be just that little bit different.

He's stood up to Mogsie in the past which takes courage and a degree of attitude, which I also like  I believe it shows strength of character and a bit of swagger is good. Although too much and it's such an unattractive quality.

He wasn't intimidated by the New Cat Crew recently just walked away remembering to keep his temper in check when there was a bigger picture to look at. Shows he can manage his emotions. Something I find very important. He also shows he can work with others as well as being independent and as a Father, well he's a good one. He protects his kids but let's them get on with things to make their own mistakes. He allows them to grow and develop without smothering them.

Oh I just don't know what my emotions are doing to me recently. I definitely am very attracted to Mogsie but there's something about George I just can't shake. 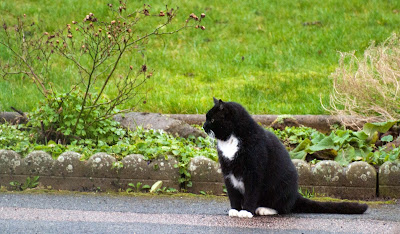