It's A Tale Of Hope 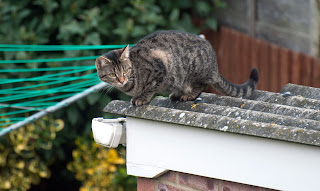 It's coming we've just had our first little flurry of snow, the magic is on it's way!

I was just upstairs with daddy as he tidied up the dressing room. Disappears is downstairs tidying up Rivers leaves art that she's produced all over the living room floor. I was just there looking out the window when I spotted a light fluttering of snow coming down. 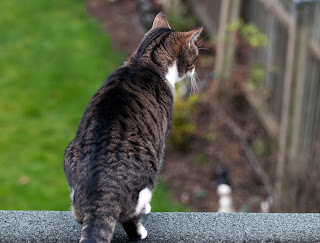 I could see Sarah having a little drink from the guttering on C's garage roof and I called her over to see if she was also seeing it.

She came running over so I jumped out the window to meet her half way and we had a little chat about it. 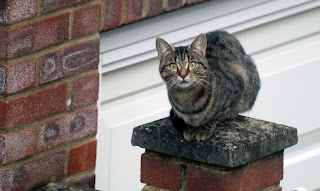 She'd said that she had been up early and that there had been a little bit when it was still dark. It was at this point that suddenly Spit appeared and came running through C's garden towards us.

I thought she was coming to join in which would have been a great way for us to get to know her but she ran straight past out through the gate. 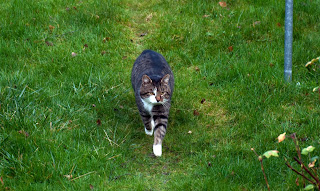 She's around on a daily basis now and there's something in my catty powers that's really making me feel that she wants to make friends. I certainly hope that's the reason.

I asked Sarah what she thought but she was unsure. I guess we'll just have to wait and see.