As Luck Would Have It - Gulp! 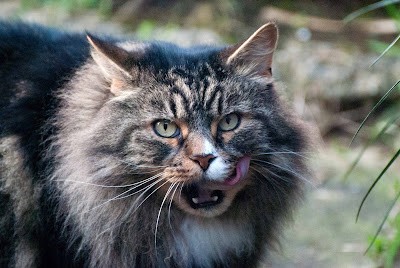 As luck would have it Mogsie and the darker Naughty Twin have been running all over Catworld this morning playing hide and chase.

Well it was now or never so when I spotted him hiding by our bins I knocked on the window to get his attention.

He looked up at me and smiled. I was a bit stumped. How on earth do you start this sort of a conversation?

One - bottle it and say nothing
Two - waffle around and have the message lost or
Three - be blunt.

So blunt was then.

You know she's very young and inexperienced, I began

He looked back at me blankly

Oh dear this sounded so patronising and like I was telling him off. I then tried to soften my words by smiling at him. Hopefully he would understand I wasn't trying to interfere.

Sarah's worried about her she called by yesterday to see if I could have a word with her, I carried on

OK he said slowly but I wasn't sure it was making much sense to him. Oh this is so awkward.

Just be careful, I continued, I wouldn't want any of you to get hurt. I smiled again.

This time he smiled back. I appreciate your candor BRAVE Lil'

Brave why would he use that word? There was something in his face that was saying more than just his words were.

Then suddenly I had a flash back to that night a couple of weekends ago down by the tunnel. A pair of eyes in the darkness that I couldn't make out. Gulp!

With that off he ran after the darker Naughty Twin. 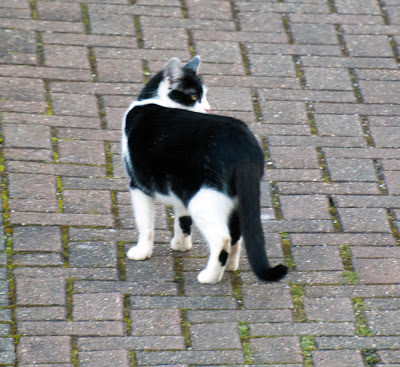