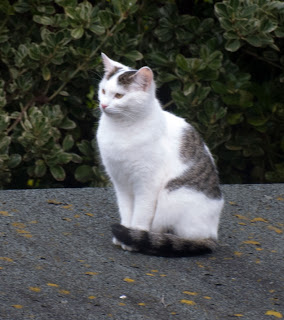 They've a lovely little relationship growing and there's been a lot of those recently around here which got me to thinking to try an untangle the myriad of relationships around here as they are now.

Well may as well start at home.

Rivers best friends in Catworld seems to be the lighter Naughty Twin. Mogsie & George have a fascination with her but I'm sure she's unaware of that.

Mogsie is fond and has had an intimate relationship with the lighter Naughty Twin acting sometimes like a mentor and at other times in an entirely different way. He lives with Twizzle but irritates her and he doesn't seem to like Emma or George much either. Having had the odd scrap in the past with them both.

Bella, Sarah, George and the Naughty twins all live together and seem to get on OK. Geroge hasn't taken to Mogsie much though, it's a two way thing.

Emma moved out of George's and in with Twizzle and Mogsie, she irritates both of them and keeps pretty much to herself.


Doublay and Spit are friends but Doublay spends most of his time alone and Spit has grown close to the darker Naughty Twin. The Naughty Twins are everywhere in everyone's business although more on their own these days than they used to be.


I get on pretty much with everyone. Recently I've become more friendly with Sarah but my main people are Mogsie, Twizzle and George. Both the men I've had more than a passing interest in and I'm friendly at times with the lighter Naughty Twin who acts as a messenger.

It all changes sometimes on a moments notice but that's pretty much clear in my mind about where we all are at the moment. Good!