It's A Go, The Traps Been Set! 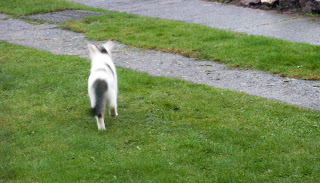 It's a go, the traps been set!

The lighter Naughty Twin just ran passed calling it out the side of her mouth trying not to draw attention to herself in case we are being watched.

Spit thinks the rebellion is happening this weekend and the food will be stored down by the tunnel later on tonight in preparation. If they go down to steal the food we know we can't trust Spit and he's been trying to lure us in for some reason.

Typical it had to be her but I suppose she is pretty integral to the plan at the moment.

I don't really blame her. I can appreciate she likes Mogsie, I do after all. They've been hanging around together for ages with Mogsie mentoring her so it's understandable they got close. I just could have done with not seeing either of them at the moment.