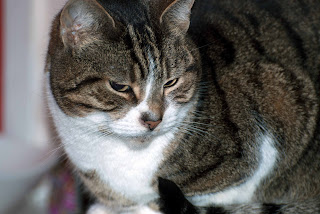 I've just been sitting down with the daddies and River watching something on TV about that JR bloke that he got so excited about last year.

He says it always reminds him of his dad who used to roll about laughing at him. I never knew daddies dad he was gone by the time I was born but it sounds like he had a great sense of humour. It was all very sad until it came to a part where some lady called Sue Ellen started talking and said that she was still a little bit drunk. I've no idea why they found it so funny but both the daddies kept on re-winding the programme and laughing like hyenas. 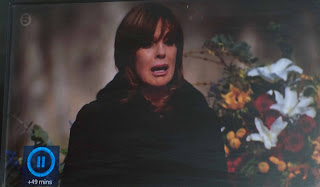 By the third rewind I'd had enough and looked out the window just at the point when I saw a shadow run underneath the street light. I quickly ran out into the hallway and looked out in the street and right there on M & R's doorstep there he was, Foxy Lectar eating out of Mogsie's bowl. What a Wiley old fox.

Well at least I've seen him again now with my own eyes. The past two nights nothing and just as we begin to lower our guard up he pops. 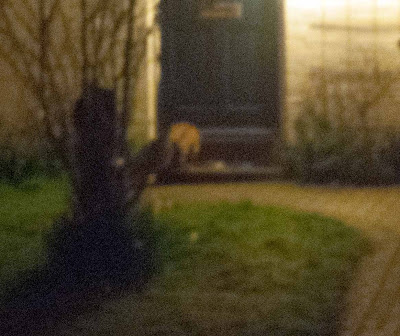