Round 2 another 2 what on earth is going around here today? This time it's Mogsie and George going at each other. 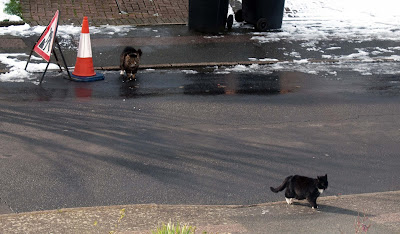 All the cats were beginning to gather for morning breakfast seemingly no problems what-so-ever. George and Mogsie were both walking up the driveway and then all of a sudden they they were at each others throats. 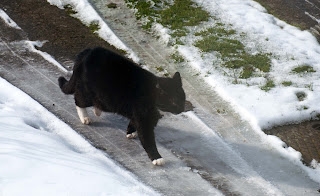 The suddenness of the fight seemed to shock everyone and all the cats gathered. Both the Naughty Twins, Sarah and Emma looked on with amazement in their faces.
M who was coming out with their brunch went running to break up the fight but they must have seen her as George broke away and came running over here with a glaring Mogsie watching his every move. 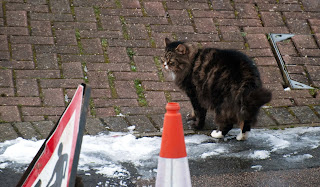 Everything then settled down as soon as food was served. There must be something astrologically going on for everyone to be so tense this morning. Makes me glad I'm inside away from all that nonsense. Nice that George sought sanctuary over my place though. Shame he ran off so quick that I wasn't able to give him a few words of comfort. 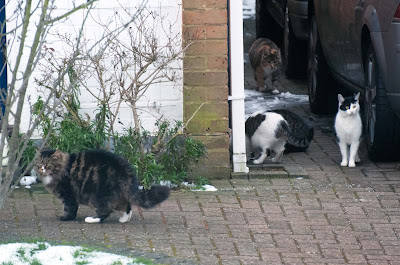