It's a goer as far as our coffee morning is concerned.

Sarah was sitting watching the world go by and the drizzle come down under R's car and I called out to her from the open office window. Stay Daddy was just having a chat on the phone with Disappears Daddy and so I took the opportunity to ask if she fancied coming over in the next few days with Emma for a little catch up.

She instantly responded in the affirmative and asked me how things were. I guessed that she was talking about the Foxy and Silver Eyes situation and told her that I was fine.

Apparently they haven't been seen this past couple of nights and so everyone is relaxing a little about things. I guess we are now on amber not red alert.

She asked if I'd asked Emma yet and I told her no she'd not been over this way and she said that she would mention it to her which saves me from having to try and get a message across.

Looking forward to it she said and you can fill me in on how things are going with George and then smiled. Um well I think I could do with some girly advice there about how to move things on a bit but there's no urgently as daddy says Slowly Slowly Catchy Monkey. 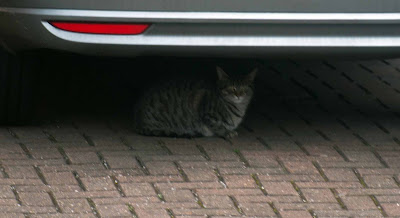