The Hunt Is On 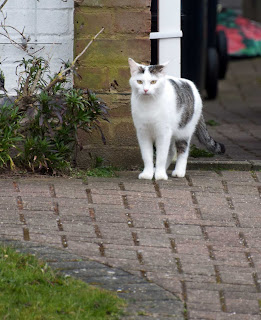 The hunt is on!

George came over to hang out for a while. He said he'd been searching all morning with the lighter Naughty Twin for the buried treasures.

He nodded over to the other side of the road where the lighter Naughty Twin was standing trying to make a decision as to where to look next.

I asked how the search had been going. Foxy was back around last night, Mogsie told him that he'd caught a glimpse of him about 9. I was too busy trying to avoid River and get to daddy in the window with all their friends around to see.

He told me it was quiet exhausting but good fun and asked if I was coming out.

I said I would be later I just wanted to go around through the back garden again. There was something in my catty powers that told me that I was missing something but I just couldn't understand what it was but I couldn't shake the feeling.

Was great to spend some time with George though before he ran back to join Sherlock Holmes across the road. 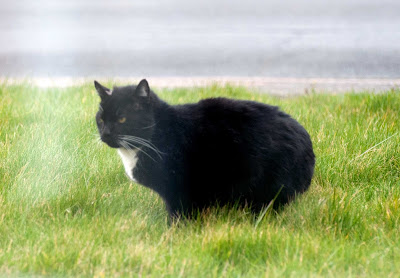